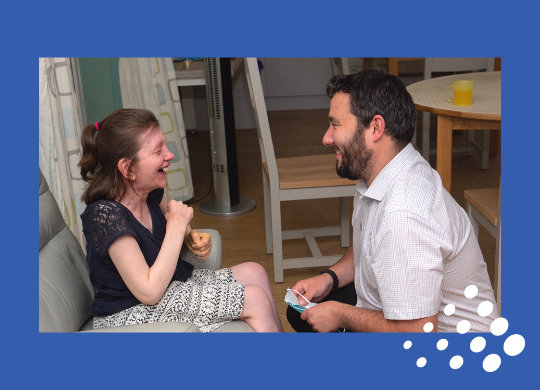 From Tea-Maker to the Top Job: a career in Care sees Salutem appoint an expert Chief Operating Officer

We have appointed a highly experienced chief operating officer as we celebrate our fifth birthday as a multi-service care group.

Martyn Heginbotham has worked with the Salutem Care and Education, which specialises in caring for individuals with complex mental and physical disabilities, since 2017 but established himself in the care sector as a school leaver.

While originally planning to join the police force, he took a weekend job in a local retirement home to save money for a much-desired moped. Through the mentorship of the home’s matron, Martyn quickly realised that he was keen to rise through the ranks in the old people’s homes, rather than the old bill.

His interest in specialist care grew in 2004, when his mother suffered a significant brain injury, and a combination of caring for her and his feelings of how her condition and rehabilitation were handled by the NHS made him want to drive change.

His dedication to development and his good humour in the face of difficult circumstances saw him rise through the ranks in specialist care services, which led him to taking up the position of operations director with Salutem five years ago, a position that has grown with him until his recent promotion.

Martyn said: “For those who think or say there is no career in care, there really is. Not only have I had one and continue to be able to grow, but I have also seen others have one and I am encouraging my teams to have one, and their teams and so on.

“The team at Salutem are fantastic, with supportive leaders and dedicated colleagues, many of whom have worked their way up through the ranks building their own career in care. The past five years have been excellent, and I can’t wait to see what will happen in the next five.”

John Godden, CEO of Salutem Care and Education, said: “Martyn has had a few roles since he joined the Salutem family, but regardless of the task he’s given, he’s always a safe pair of hands. We are delighted he’s accepted the role of chief operating officer and we’re confident he’ll thrive in the job and continue to be an asset to the team.”